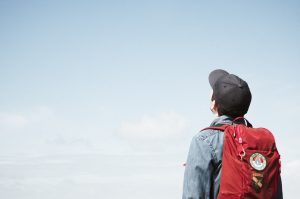 As the parent of two teenagers, the thought of writing this blog has filled me with dread.

I even considered lying and saying that because this is my job, I know what I’m doing when it comes to parenting and alcohol. That I have navigated my two through their tricky teenage years without a drop of alcohol touching their lips and as a result of my excellent parenting, they would both far rather spend their Saturday nights playing board games with me after having spent their day studying and doing household chores.

I would like to say that my conscious got the better of me. So, I’ve decided to be honest but the reality is, knowing my luck, someone reading this would post a photo of one of my kids holding up a can of ‘Dragon Soup’ in a park. Whatever the reason, I’m going to tell the truth.

There’s no getting away from it, the teenage years can be the hardest (sorry if you’re reading this as the parent of a toddler) but they can also be the most rewarding (I had to add that so that parents of toddlers don’t give up now).

Hormones, peer pressure, exams, exposure to alcohol and drugs; the list of obstacles facing teens seems endless. As parents, we often don’t know what to do for the best and can sometimes drift along with the crowd of other parents. However, I found evidence-based advice on the subject really helped me, especially when I was being continually badgered about how ‘everyone else’s parents let them do pretty much what they want’ (I know they’re lying by the way.)

Keeping strict boundaries on the topic of alcohol was hard for me because I’m fairly pathetic and desperately want to be a ‘cool fun’ parent with an open house, where my children’s’ friends want to hang out. However, my overriding hope is that my kids have a healthy relationship with alcohol and don’t hate me by the time they leave home.

So far I think I’m doing ok but please don’t think I’m being smug, I’ve definitely had a couple of blips on the way (… it’s not pleasant trying to remove splattered sick off a wall). These are the points which helped me the most:

If you overload young people with information about how damaging alcohol can be, then you risk becoming ‘white noise’.

They stop listening. Try not to be unrealistic and exaggerate or you’ll you lose all credibility. There are countless facts about the negatives effects of alcohol including its detrimental impact on mental health, the increase chance of unwanted pregnancies and the fact two-thirds of Scotland’s young offenders were drunk at the time of their offence; choose one that will have an impact on your child. For me, I wanted to delay my children drinking for as long as possible so I told them about the research which shows drinking from an early age can lead to a risk of developing future alcohol problems. I told them how disappointed I would be if they drank before they were 15 – obviously I wanted to say 25 but I was trying to be realistic.

It’s a common misconception that if you buy your child alcohol then at least you know what they’re drinking. Most young people will drink what you give them and then whatever else they can get their hands on.

Encourage open conversations but then don’t freak out if they’re too honest.

You might casually ask how their night was and ask if anyone in their group is drinking yet. If they tell you a couple of names, it’s tempting to yell, ‘well, that’s the last time you go out with them!’ If you over-react you risk encouraging them to lie to you. So try saying something like, ‘I know peer pressure is a really hard thing to resist, I’m proud of you for not joining in. I’m going to make us a pizza tonight to let you know how much I appreciate you trying’ (the pizza part is optional; I’m just always looking for reasons to eat junk food.) It is more effective to reward good behaviour than punishing negative behaviour. It might seem ridiculous to praise a 14-year old for not drinking but if all their friends are doing it, it’s an achievement to say no.

Give them tools to help.

Sometimes young people don’t want to drink/smoke/take drugs but they don’t know how to say no. It’s hard enough for adults to resist peer pressure. Unless I’m driving, I’m often persuaded to have a drink when I don’t want to, so how I can be annoyed at my teenagers for doing the same? Having those conversations can help. It’s good to show empathy and admit you’ve had similar struggles; in fact, it can make you seem human (as opposed to a robot who picks up their washing and feeds them). Give examples of what you’ve found helpful, such as having an excuse ready e.g. ‘you’re driving’ or ‘you’re working early the next morning’. Ask your child what they could say when feeling pressurised to join in. The young people I work with say this helps. They have a list of reasons to explain why they’re not drinking. For example, their parent will ground them if they drink and they want to go to that party next weekend or they have football early the next morning and the coach will go mad if they have a hangover. One brave girl is very honest with her friends, explaining that because her dad is an alcoholic, she doesn’t like what alcohol has done to her family and so doesn’t drink. She says that her friends are understanding and no longer pressurise her to join in. Many of our young people said that often others in their group are relieved when they say they’re not drinking because they hadn’t wanted to either. You could try the old, ‘be a shepherd, not a sheep’ line but it’s usually followed by lots of groans and eye-rolling so be warned.

It’s unlikely your child will reach adulthood without drinking so encourage sensible drinking. Make sure they have had something to eat before they go out, for once chips are good (the carbs soak up the alcohol and the oil lines the stomach). Encourage them to space their drinks with water or soft drink. Tell them if they’re worried about a friend who has drunk too much, get them to sit up and sip water and explain how important it is to get help, remind them that people can die from alcohol poisoning. Make sure their phone is topped up and charged in case they need to get hold of you and reassure them that they can call if either they or any of their friends feel unwell and promise you won’t go mad if they do (this is easier said than done, I speak from bitter experience).

If your child sees you using alcohol to self-medicate, socialise or even just to unwind at the end of a long day, they may learn to have the same associations with alcohol. Choosing healthier life choices won’t only have a positive impact on you, it will also benefit your child.

Scottish Families Affected by Alcohol and Drugs is a national charity that supports anyone concerned about someone else’s alcohol or drug use in Scotland.